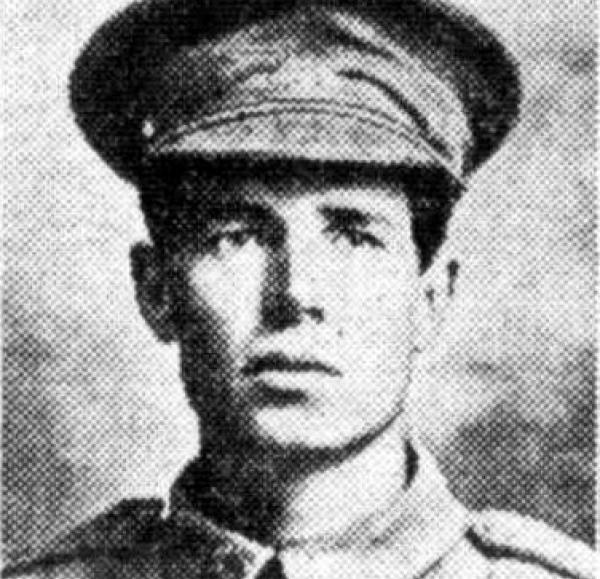 The extraordinary Anzac tale of the Potter boys from South Australia — three who died within hours of each other at the Battle of Pozieres
April 23, 2016 9:00pm
CRAIG COOK
http://www.adelaidenow.com.au/news/south-australia/the-extraordinary-anz...

It was just under two years since Benjamin Potter, a builder, and wife Eliza, who raised six sons and two daughters, had seen their boy.

In all its 47 years, Yongala, in South Australia’s Mid North, had never seen such a crowd. More than 1000 men, women and children had gathered from throughout the district to welcome home their war hero.

Flags, banners and bunting decorated the railway station and cheers rang out for the clearly overwhelmed young soldier.

It revived memories of a similar scene in November 1915 when the Yongala Cheer-up Society, on behalf of an appreciative community, organised a celebratory “knees-up’’ at the packed Institute Hall to farewell young Ralph on his journey to the war front in Europe.

Beside him that night — standing tall and revelling in the adulation — were three of his five brothers.

The residents presented a wrist watch each to Private Wilfred Potter and Private Hurtle Potter, a pipe and tobacco pouch to Private Thomas Potter and a pair of military hair brushes to Private Ralph Potter.

Ralph still had his brushes packed among his belongings that warm August day in 1917 as he tightly hugged his parents after his train arrived from Adelaide, 250km south.

He also had chilling first-hand reports of how Wilf, Hurtle and Tom had been killed — within just a few hours — on the same bloody Great War battlefield, in France.

The extraordinary story of the Potter boys is widely known in the small Yongala community but has been little spoken about down the ages.

The greater details of their lives and times has been provided by local historians Dennis and Pam Parker.

“We appear to be the only people around Yongala who are interested in the Potters, which amazes us because it’s the most incredible story,” Dennis says.

“In all the years that an RSL club was active in Yongala, no steps were taken and no effort was made to memorialise the Potter lads.

“So much for the value placed on local blood spilt on foreign soil.”

Pam’s mother, Clarice Lovegrove, knew the Potter boys and was the one who first told her the story. “Mum said their deaths had a hell of an emotional impact on the whole district,” she says.

“Out here in the country, everybody knows everybody for miles around.

“At this time of the year especially we think of them and what the heck it must have been like.

“We had a storm recently where lightning hit a tree. There was an explosion and flashing lights. I was petrified and straight away I thought about what it would have been like for those poor boys in the war.

“It’s too much to take in really what happened to them.”

No other Australian family has suffered so much tragedy in such a short time as was inflicted on the Potters at Mouquet Farm, in France, during September 1916.

In the chaos of war, few official details are known of what precisely happened to the brothers who were engaged in their first major battle.

But what is documented on the Australian War Memorial records comes from Ralph, who was badly injured on the Western Front. He was the first of the Potter lads to enlist — in July 1915.

Aged 23, a carpenter by trade and the second youngest of the siblings, he soon talked his brothers into joining him in “the great adventure’’ to go and fight for king and country.

The three of them decided to sign up, too, with the 12th Battalion, in September that year.

They were each paid five shillings a day and, after basic training, embarked from Port Adelaide on December 2 aboard the P&O Royal Mail steamer troop ship, SS Malwa.

After a short stopover in Albany, Western Australia, they arrived in Egypt for training in early 1916.

On March 1, 1916, at Tel el Kebir, the AIF’s 52nd Battalion was created, consisting of veterans of the 12th Battalion and the newly arrived reinforcements from Australia.

They included the Potters.

But no level of training could have prepared them for the hostile and soul-shattering environment they were ordered to enter.

Dispatched to France on June 11, 1916, the 52nd engaged in its first conflict — at Mouquet Farm, part of the Battle for Pozières and the wider Battle of the Somme, from September 3. In the previous three weeks, the Australian divisions had been forced back three times from the farm — 2km from the high ground of the village of Pozieres — by heavy German artillery fire.

The engagement proved a disaster, costing more than 6800 Australian lives. Fifty per cent of the remaining fighting force of the 52nd battalion died in the terrible carnage from September 3-5, including the three Potter boys.

Wilf, a mason by trade, aged 25, was the first to be killed just after dawn on September 3, while standing on top of a trench. He was shot through the head by a German sniper.

In a diary, a Digger standing next to him later wrote: “He did not speak again. His body was buried in the same trench and the grave was not marked.”

Remarkably, Ralph would formally identify his brother’s remains seven months later when returning to the battle zone as part of a group assigned to recover bodies and rebury them.

In an official AIF document in March, 1917, he stated:

“I found letters and proof of his (Wilf’s) identification in his helmet alongside his decomposed body. The bodies were being gathered at that time. No doubt his remains would be buried.”

Despite Ralph’s belief, there is no official record of the last resting place of Edward Potter.

Hurtle, also a mason, aged 22, was killed by sniper fire in “no man’s land” two hours after Wilf. Ralph saw it happen.

“I was stood next to him when I saw him shot through the head — death was instantaneous … I thought the Canadians would bury him at Pozieres but I never saw his grave,” he wrote in his report of the incident.

Contributing to the uncertainty of what happened to many of the Australian dead, the Canadian Corps relieved the exhausted and depleted Anzac Corps just two days later on September 5.

No records exist of what happened to thousands of Australian troops killed on the battlefield including the eldest Potter brother, Thomas, who worked as a wood yard manager in Yongala before enlisting.

He was declared “missing in action” for several months but, very early on, Ralph had no doubt about his fate.

“He was seen walking back to the dressing station but never reached it. I feel quite sure he was killed that morning September 3. Body never found,” he wrote.

The Canadians captured Mouquet Farm on September 16 but were pushed out by a counter-attack and, by the time the battle concluded in mid-September, the German garrison still held out in part of the farm.

The farm was eventually captured by the British on September 26.

Of the three Potter boys killed in action, only Hurtle was interred and awarded a memorial stone in Courcelette British Cemetery, on the Somme.

Thomas and Wilf are named on the section of the memorial walls dedicated to the 52nd Infantry Battalion of the Australian National Memorial, at Villers-Bretonneux.

The incredible tragedy of the Potter family affected those who fought with them in France and those who stayed home.

Several commanders of the Australian armed forces were so distressed by the circumstances of the deaths that it is understood action was taken to avoid placing close family members in the same unit and in the same conflict zone.

Racked by the trauma of losing his brothers, Ralph, by then a corporal, was invalided out of the army in mid-1917 never having been sent back to the battlefield.

He married Grace Turner in 1926 and the couple moved to Queensland where they had one child, William Ralph, born on August 2, 1919.

William married Caroline Faith Nelson but little is known of them.

Ralph died in 1961, age 69, and was buried in Maryborough cemetery.

Despite the joy of seeing her son return to her arms, such was the agony of losing her three other boys that Eliza Potter, 57, died in Jamestown Hospital, in December 1917 — just one month after Ralph’s return. On her deathbed, she took solace considering that her three boys were “not separated from each other” and were “forever together”.

“The poor old mum,” Pam Parker says with emotion shaking her voice, “you can’t even imagine a mother being told all those children had been killed at the same time.

“It’s so upsetting to think about even now.”

The Potter Brothers and the Red Cross Letters

The Red Cross Letters shows the power of words

IF THERE is a greater tragedy than war, it is the dispassionate way in which its stories are so often told, in a world of real-time reporting. A century ago, news of any sort, let alone of a loved one on active service, could take months to arrive. And then for better, or for worse.

Verity Laughton’s The Red Cross Letters draws on a treasure trove of correspondence held in the State Library of South Australia to tell a few stories that burn, sometimes fiercely, with honesty and integrity. The simple turns of phrase of the enlisted men contrast strongly with the brusque formality of official correspondence, a sharp reminder of that the institutionalisation of war is hardly a modern invention.

For an SA audience, there is resonance aplenty. In the first few moments, we hear of the Verco Building, Mr Edments, King William St, and for those with rural roots, of Glencoe West and the Terowie Football Club, who lost more than one member with the death of the brothers Potter.

Andy Packer directs a strong cast of Matt Crook, Lizzy Falkland, Elizabeth Hay and Rory Walker – who no doubt wonders about the soldier of that name whose story is among those told – strongly supported by composer and musician Matthew Gregan, who’s very much a part of the action. The video design by Chris Petridis is outstanding, mainly subtle, but occasionally hugely dramatic.