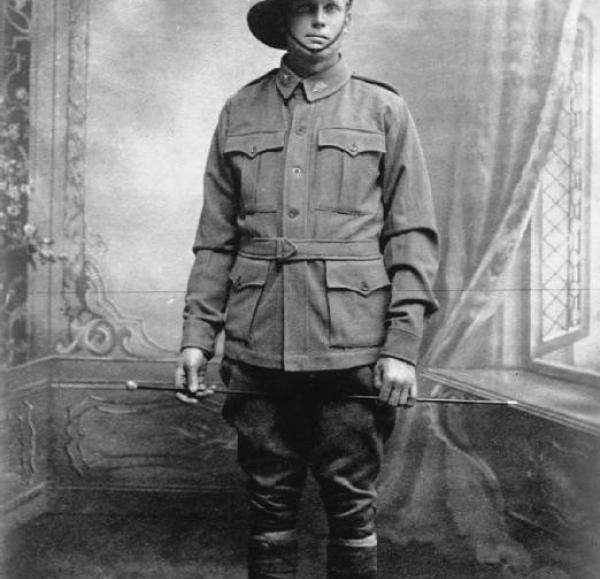 Brunel Nash was a promising Norwood player whose career was impacted by injuries and the onset of World War 1. He followed his father as an engineer and was named after the famous British engineer, Isambard Kingdom Brunel. From 1909 he played centre in the league and B grade teams for Norwood and also captained the B grade interstate team on several occasions.

Brunel enlisted in the Australian Imperial Force in 1914 in the 10th Battalion, which was completely recruited from South Australia. He found himself with three Norwood teammates, Tom Storey, Phil Robin, and George Beames. A letter from the four soldiers to Mr J J Woods, secretary of the Norwood Football Club, was read at the annual meeting of the club on March 30th 1915: “…we formed a club in this battalion, with P. Robin as captain and B. Nash as vice-captain, and have successively beaten, by a large margin in each case, the 11th Battalion (Western Australia), the 6th (Victorian), and the 3rd Field Artillery Clubs. All these teams had senior players in them, about half of the Victorians being either league or association.…The first game was played right under the pyramids almost, the ground being only about 400 yards distant from Cheops, and the latter two on the Cairo ovals. Give our kind remembrances to all our club-mates, and we, wherever we are, hope to hear or read that Norwood are going very strong.”

Brunel Nash was among the first troops to land at Gallipoli and was posted as missing, presumed killed between April 25th and May 2nd 1915. According to some reports he died at the same time as Phil Robin on April 25th. Brunel was 27. His name is inscribed on the Memorial at Lone Pine, Gallipoli Peninsula.