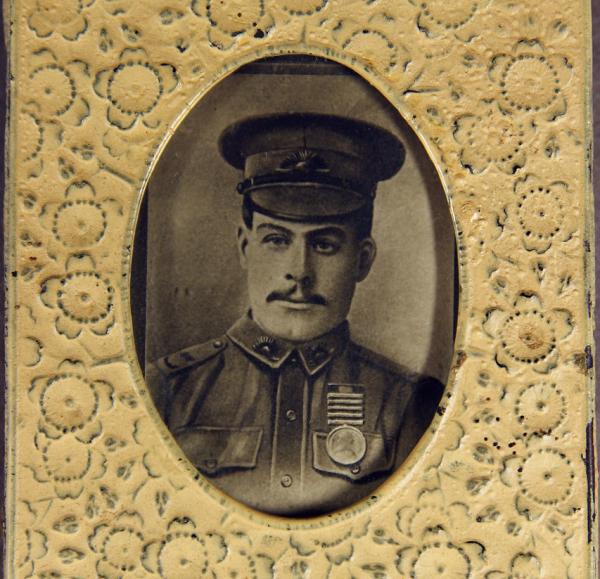 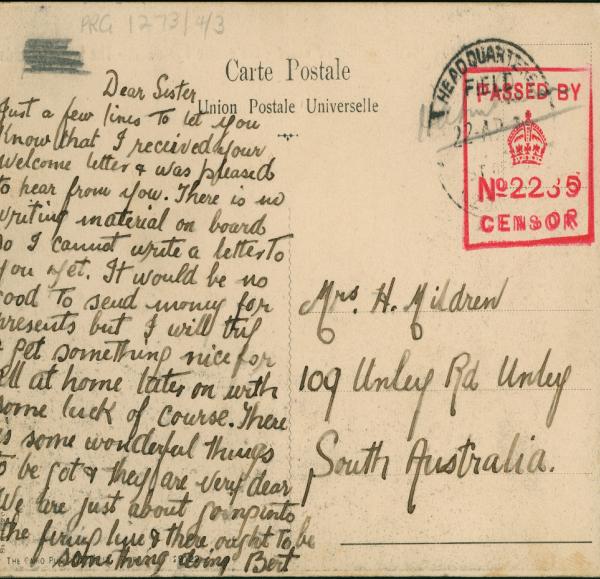 Herbert Selmar Conrad was born in Adelaide on 21 February 1883, the eldest son of Selmar and Elizabeth Conrad. He served for 18 months in the South African War, receiving a medal with five clasps. Conrad enlisted within three months of the outbreak of World War One (26 October 1914). He became a Lance Corporal in the 16th Battalion. Conrad’s three brothers, Norman Keith, Oscar Leopold and Lancelot Vernon, also enlisted and served overseas.

The 16th Battalion landed at Gallipoli on the evening of 25 April 1915. Herbert Conrad was reported missing in June 1915. His mother, Elizabeth, having no further news beyond this enquired with the South Australian Red Cross Information Bureau in early 1916. She explained she had received a letter from her son, Norman, who was told by a soldier in the same section as Herbert that their battalion was involved in continuous fighting between 3 and 8 May 1915 during which Herbert sustained a gunshot wound to the head. The witness reported that he did not know whether Herbert was killed by the shot or not, but that he was left behind when the unit retreated on 8 May.

The AIF Base Records Office requested that Mrs Conrad forward the letter received as proof that an investigation was required but she was reluctant to do so as the South Australian Red Cross Information Bureau officer pursuing the enquiry explains:

‘...the writer of the letter in question, another son of the Inquirer, has been very seriously wounded by schrapnel in the spine and it is feared is seriously disabled. She naturally cherishes the letters relating to these sons and attaches to them a more than ordinary passing value…’

Investigations commenced and on 5 May 1916 an eyewitness statement was forwarded to Mrs. Conrad by the Bureau with the caveat:

‘In forwarding this report we deem it as well to warn you that these statements by other soldiers must be received with a good deal of caution, even though they are carefully tested.’

In the statement the soldier, J H Durham, explains:

‘I last saw Conrad lying on the ground and blood on his head. Afterwards I heard from several of the 1st reinforcements that he was killed outright.’

On 30 May the Bureau communicated to Mrs. Conrad that the Australian Military Records Office at the Australian High Commission in London had responded to its enquiry with the information that Herbert was reported missing in June 1915 and that until the time of writing (20 May 1916) his name had not appeared on any lists of prisoners of war.

From this disconnect between the information the Military Records Office had available and that communicated by the eyewitnesses interviewed by the Red Cross it is easy to see the vital role the Information Bureaux played in getting more fulsome information about the soldiers to their families much sooner.

Mrs. Conrad’s letter of gratitude to the Bureau shows how many families just wanted to know concrete information about the fate of their loved one. She writes:

The official certification that Herbert Conrad was killed in action at Quinn’s Post on 2 May 1915 and had no burial did not come from AIF headquarters until 26 August 1919.